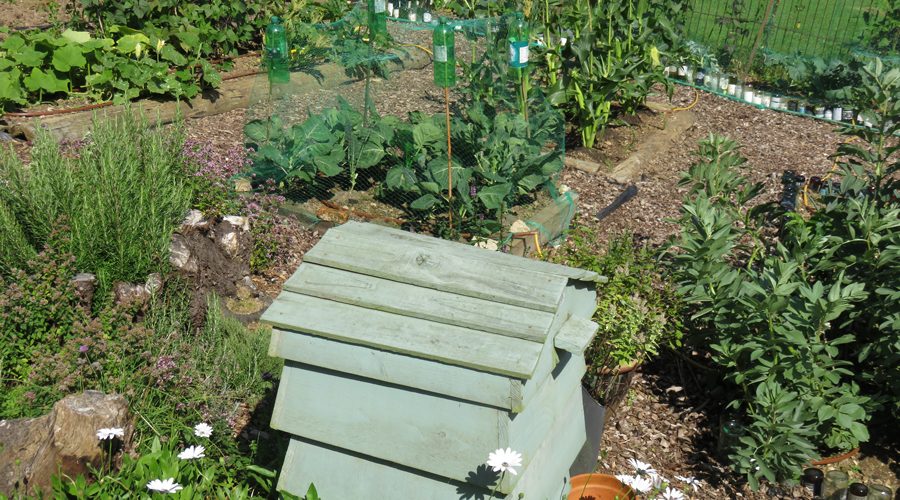 So this year I planted out my veg seedlings fairly late in the season – some went in the ground in June, others in early July. I was trying to be tactical as I was going away for 3 weeks in July and wouldn’t be home until mid August but of course I didn’t want to miss out on my homegrown veg.

Now we’re into peak harvest time, and I have to say I haven’t been disappointed. My tomatoes are doing exceptionally well, just beginning to ripen quickly now so I haven’t missed any and I think that I’m going to get a really good crop from them. The tassels on the sweetcorn cobs are just about turning so I should be able to harvest them in a couple of weeks which is perfect. I’d have been gutted to have missed them! All the beans are harvestable at the moment, and I didn’t seem to miss many while I was away which is great as I love my homegrown beans. All the squashes and courgettes are doing well – I planted the courgettes fairly late on as they tend to grow like crazy and I didn’t want to come home to huge marrows. Mission accomplished – I just started harvesting them a week ago so I haven’t missed any.

The only thing that wasn’t timed well were my beetroots which were harvestable just as I went away and my neighbours kindly ate them for me. But other than that, I’m having a really great crop from my late plantings and I’m glad I didn’t panic and try to plant earlier as I’d have missed loads.

It’s definitely made me think about staggering my veg patch next year as well, with a May planting and a June planting of some of the essentials for a longer harvest time (beans, tomatoes, spinach etc) followed by a late planting of beetroots, carrots and a few others. It’d make the veg patch so much more productive and give a longer harvesting period which would be fab. I’m looking forward to it already. In the meantime..I must get my autumn veg on the go!