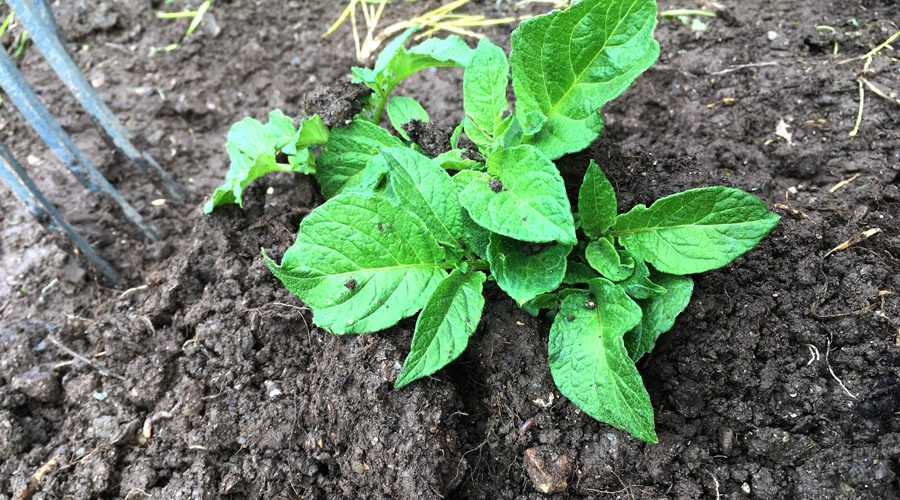 If you’re new to growing your own veg then you may not know about the concept of earthing up. This short post will give you the low down.

How to earth up potatoes:

A few weeks after you’ve planted your seed potatoes you will start to see shoots appearing above the ground. At this stage, it is best to cover the shoots with loose soil or compost. If growing in beds, you can do this right along the length of the row, creating a long ridge about the height of a molehill. If growing in containers/planters, then fill with compost until the shoots are fully covered.

When to earth up potatoes:

Most gardeners will earth up their potatoes initially when they are planted, and then again once the first signs of foliage appear. You can earth them up again a couple of times early on in the growing season, during May and the first week of June.

3 main reasons for earthing up potatoes:

Seed potatoes are traditionally planted on Good Friday, but you actually have a much bigger planting window than that! Seed potatoes can be planted anytime from March to June really,…

We’ve got a few ideas to share with you that will help you to make the most out of your kitchen garden this summer. In no particular order, here they…

We’ve got several vegetable planting suggestions for you to try between mid June and mid-to-late July. You might be squeezing in a few extra quick growing plants to make the…