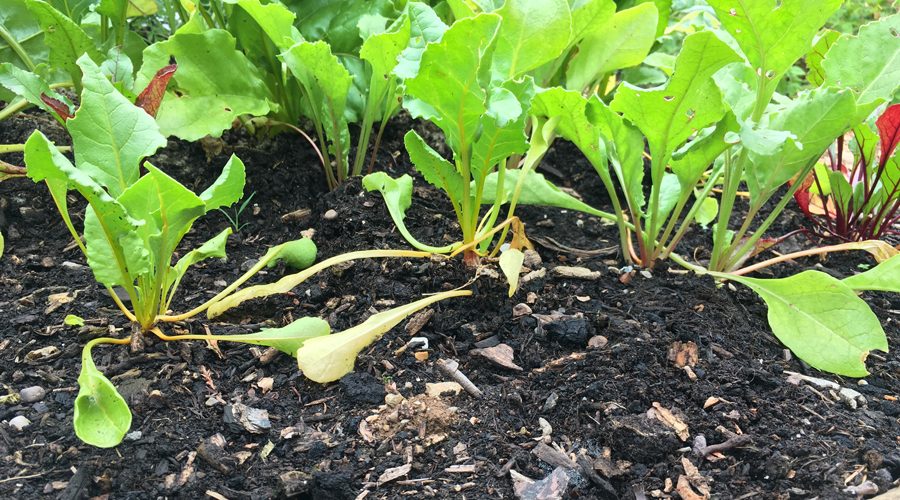 Over the winter I saw a few mole hills popping up in the veg patch. I did a little research back then anyway, but it turned out not to be a problem because I stamped on the mole hills and over the next week or so no new ones appeared. I assumed Mr Mole had moved on. Now, however, I think I was wrong.

Over the past few weeks, I’ve seen some ridges of earth popping up in amongst my veg beds. Not single mounds, but long ridges, as if something (a mole, for example) has been tunnelling just below the surface. It’s a little annoying as it loosens the soil and pushes up the roots of my veggies. I firm it down again, but the next day it’s all been freshly tunnelled. I lost quite a few Wild Rocket plants to this tunnelling activity, and now the little blighter has moved into my beetroot patch, parsnips, and, worst of all, my precious sweetcorn!!

I wasn’t entirely sure that this was mole activity at first as I’ve not seen any more molehills. I thought it could have been a rat run or something. However, with a little further mole research, I’ve learnt that moles tunnel close to the surface when they are feeding. They eat worms. This means I must have a lot of worms in the veg beds, but possibly not for much longer if Mr Mole is eating them all up.

Unfortunately I haven’t reached any sort of conclusion. My father read me The Wind in the Willows often as a child, I loved it and I can’t bring myself to trap or poison a mole, and I’m not convinced these sonar deterrents really work. But I would rather he went and tunnelled elsewhere. Any ideas anyone?