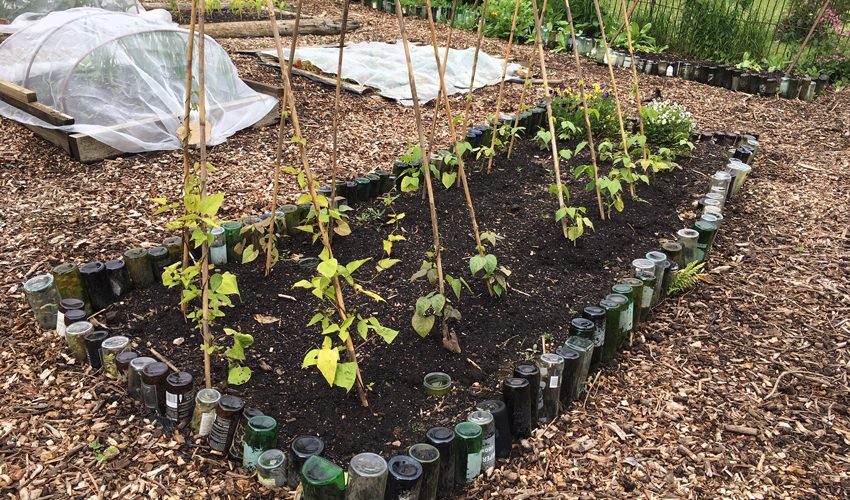 This year, I planted out earlier than normal, and yet my veggies are really quite far behind. The weather has definitely been unhelpful over the past few weeks. Late April and May brought strong easterly winds, late frosts (that came and went early in the morning, before I was awake, but the damage is definitely visible now) and a long, dry spell. Temperatures at night were colder than normal, too. I should know, I went on several camping trips! So far, June has been very wet, damp and a bit humid, and it’s remained chilly. I think we’re averaging around 12-15c rather than 15-18c, which, to a vulnerable plant like the runner bean, is quite a significant difference.

The results in my own veg patch, and in others that I have seen, is slow/delayed growth, sad looking foliage and struggles to put roots down. I’m seeing this particularly in the following plants:

It’s not all bad though. Some of the plants are looking great, and are really enjoying the weather!!

So, it’s a bit of a mixed season really. With luck, the weather will warm up soon and all the beans, squash, sweetcorn etc will make a bit of a comeback. Fingers crossed!