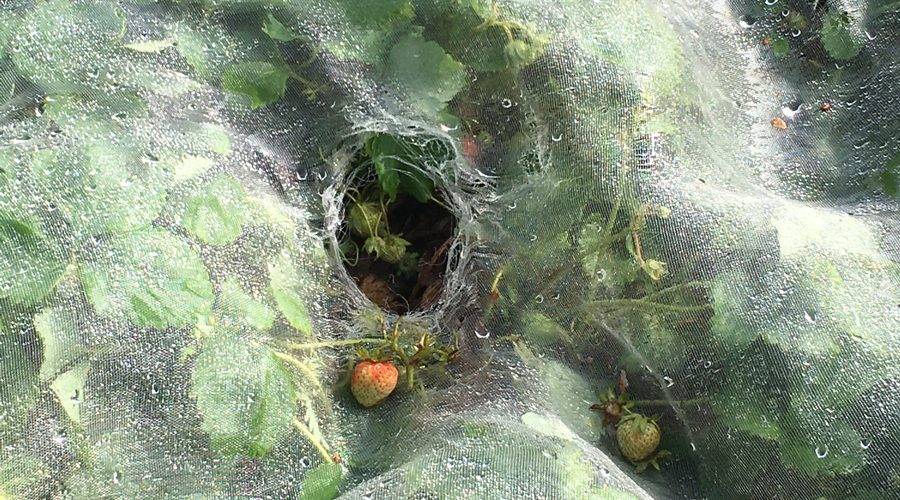 I thought I’d protected my strawberry patch well this year, having lost most of them to blackbirds and squirrels last year. I’d covered the entire patch with netting, and thought that would be that.

Then I noticed lots of half ripe, half nibbled berries lying around the veg patch. I was a bit confused, and assumed mice or rats had got in under the netting. A few days later, I spotted a stash of harvested berries lying amongst the plants, then another, and another. There are several stashes now, and one morning I caught the culprit red-handed. A squirrel, trying to find its way out from under the netting. I let it escape, and then thought I’d better secure the netting down more tightly, so I did that.