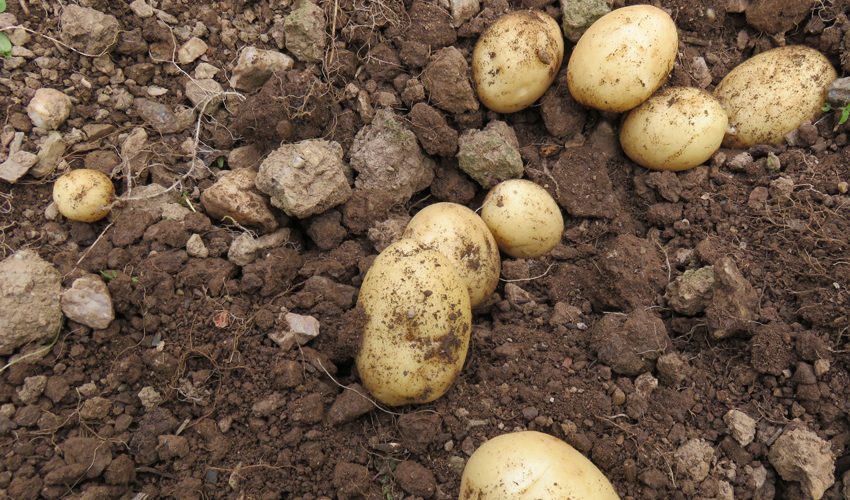 At this time of year, many of us just want to get cracking as soon as we can. However, we don’t want you to make the mistake of planting out your potatoes too early as you could lose them all to frost!

We are likely to experience heavy frosts at least into mid-April, sometimes into May. This is one of the main reasons gardeners earth up their potatoes, to try and protect the tubers underneath (and any foliage) from frost. The other reason is to prevent the tubers from being exposed to sunlight.

You can wait until frost risk has passed, or you can start warming the soil now by covering with black polythene, and then plant out your seed potatoes a bit earlier in late March or early April. If you do plant earlier, be very careful to earth up your potatoes really well. Covering the row with horticultural fleece would also help to protect them from frost.

There is no major advantage to planting early – seed potatoes planted out later in April/May will catch up very quickly, often overtaking potatoes planted in March. However, we do understand the itch to get growing as soon as possible, and it is something we feel too, so no doubt we will be planting our own spuds fairly early in the season too!