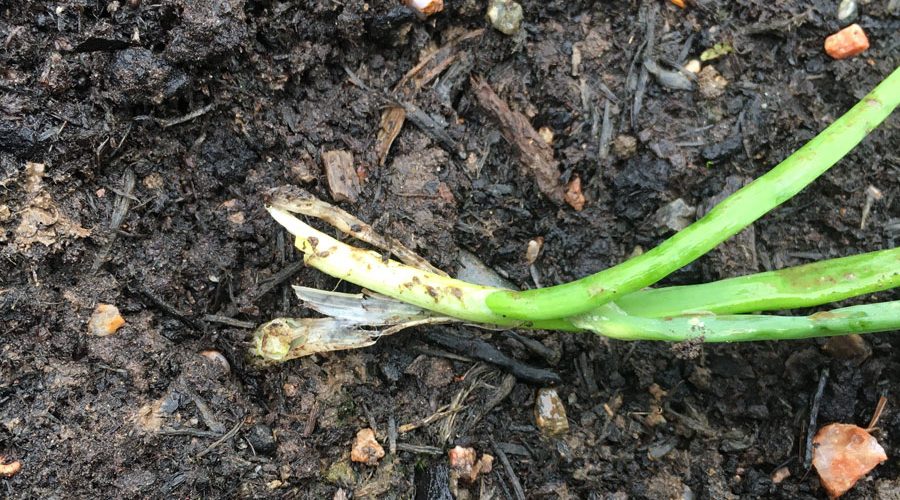 I was a bit annoyed this weekend to go out to the veg patch and find that something has eaten through the stems of nearly all my spring onions. I was looking forward to harvesting them soon! I’m not entirely sure who or what has eaten them either, so I’ve been doing some research – it would be great to hear from anyone who has had similar problems if you know for sure who the culprit is!!

The stem has been chewed through about 1cm above the ground. The roots are left in the ground, and the top part is left on the surface of the soil. Some are chewed right the way through, some are still hanging on by a thread.

These are my top 3 suspects so far:

I’m not convinced, but at the moment I am leaning towards voles. But I can’t for the life of me understand why they wouldn’t then eat the bulb of the spring onions. Very odd indeed. Would love anyone’s thoughts on this… drop the team at Rocket Gardens a message if you have any ideas!!