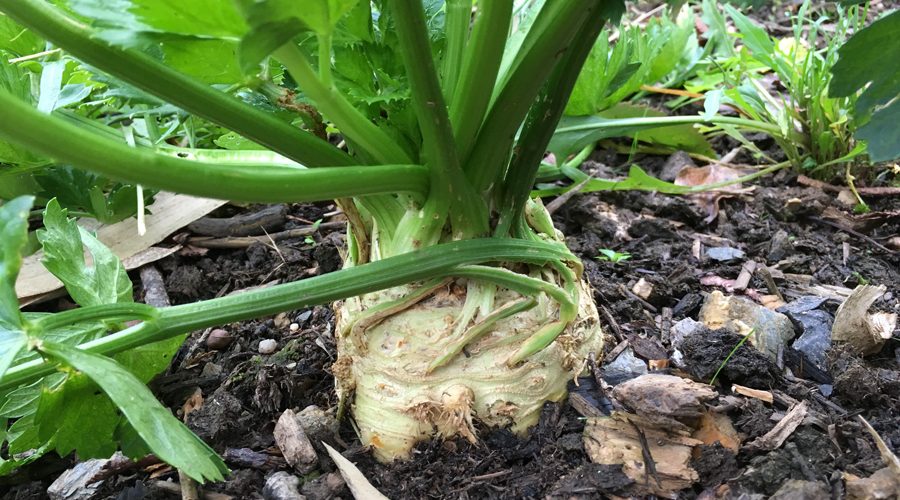 I haven’t had a brilliant year in the veg patch this year. Spring was incredibly dry, with strong Easterly winds and some quite low temperatures which didn’t help my young veg plants get off to a good start. Also, the fields surrounding my garden had been recently weed-killed and I wonder if some of that didn’t blow its way into my veg patch and mess with the soil. Still, I was hoping for a better winter of growing. So far, it hasn’t been…

I decided to grow most of my veg in pots and containers outside the front door. I was thinking that this would give them a better chance as they are relatively sheltered from strong winds, and it’s south facing so gets plenty of sunlight. What I failed to take into account was the low sun which doesn’t quite manage to throw its light over the barn which sits in front of my house. They don’t really get a good dose of sunshine until about 3pm, and by then it’s a bit late. I could move them, but then they would be very exposed to high winds (and we’ve had a lot!) so I think it’s a case of 6 of one, half a dozen of t’other!

Meanwhile, the high winds and heavy rainfall have not helped the veggies growing in beds in the veg patch at all – in fact, I’ve lost all the plants that I planted out there in September. I’m just left with some celeriac, kale and leeks from planting earlier back in spring.

It’s been disappointing, but it’s not all gloom and doom…there is little for me to do other than sort things out for next season, so I’m feeling quite hopeful for 2020. I’ve been taking the opportunity to sort out pathways and weeds, and to cover empty beds with extra compost mulch. This should really improve the soil health, and hopefully things will be back to normal again next year.