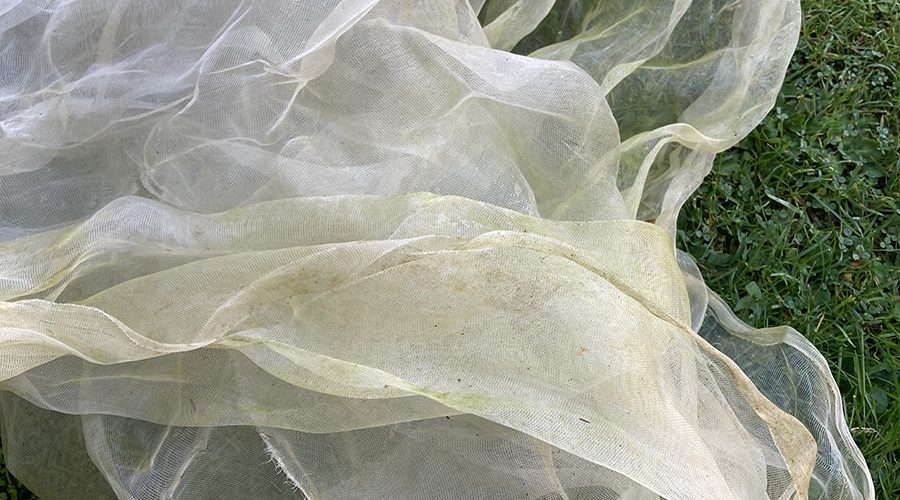 Last week, I mentioned that I had some rather unsightly green mesh netting. I was worried that it wouldn’t let through enough light and wanted to give it a good wash. With a bit of research, I’d narrowed down to 3 potential options:

I wasn’t entirely convinced by Algon organic, and decided to try the washing machine as my first option. I can categorically say that it did nothing – the netting came out exactly the same after a 40c wash, even though I’d thrown in an old dog towel to weigh it down so that it would spin properly.

I moved to plan B – vinegar. I soaked the netting in a bucket of vinegar and water for a couple of hours. Still no good.

I moved to plan C, and this option worked, so would recommend trying this first if you’re wanting to clean your netting…..

I soaked the netting overnight in a bucket (I used a recycling bin) containing 2.5l vinegar (cheap cider vinegar from the shop I buy my chicken feed from – it cost me approx £5) and topped up with just enough water that the whole net was submerged (I weighed the netting down with bricks to hold it under the surface of the solution)

Then, I put the netting in the wash at 50c the following morning – It was still fairly soaking in the vinegar solution, but I think that’s not a bad thing, as it gives the washing machine a freshen up too. I also added a scoop of laundry detergent.

Here’s my before and after… I’m quite pleased. It’s not perfect, but it’s a lot better and cheaper and more sustainable than buying new netting! 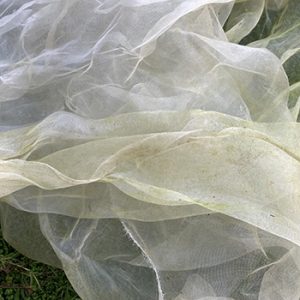 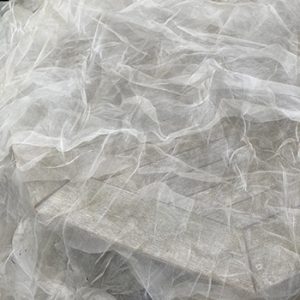