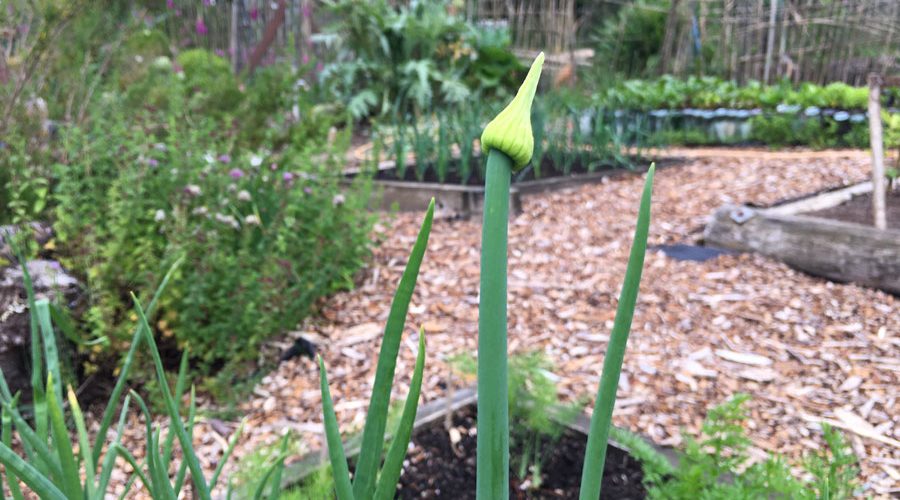 Well, I don’t know how you’re all getting on in the rest of the country, but  it has been a very strange season here! Late March and April were surprisingly warm, then May was very dry but with some very cold, strong winds, as well as some hot days, and then June has been up and down like a yo yo!

All the jumping around from hot to cold spells has totally bewildered some of my veg plants. I have a couple of very small broccoli plants that have started sprouting before they’ve fully grown, I have beans that look so sad and are not growing well at all, and then I have my glorious looking onions (planted as sets in March) some of which have now bolted.

I haven’t done anything with the ones that have bolted as I have loads, and I think the flowers might be quite nice. So since there are only 3 currently bolted, I’m going to leave them to do their thing. But, if any others decide to follow suit I am going to snip the buds which apparently stops the onion bulb from splitting. Then I can use them fairly swiftly, from patch to plate as they won’t store well yet as their skins haven’t hardened and they haven’t matured “properly”. Normally you would wait for the leaves to start turning yellow before harvesting, and that shouldn’t be until later next month really. But, it really is a peculiar season so who knows what they will do!