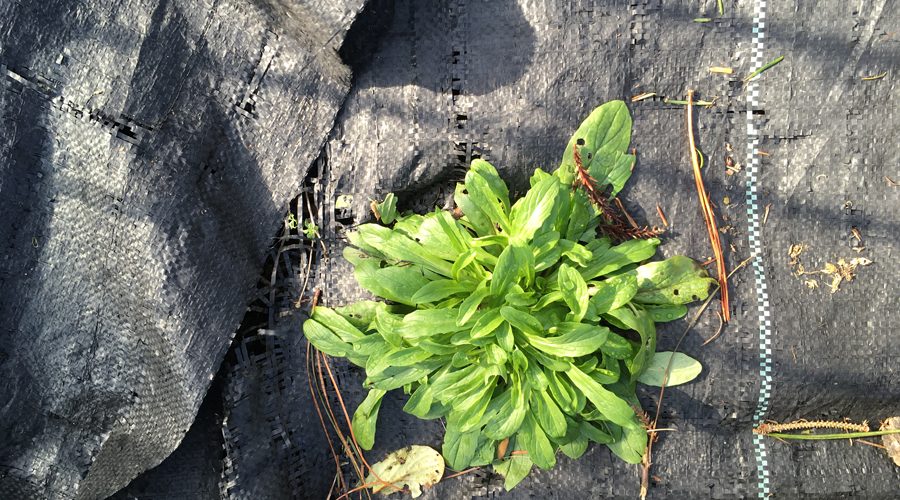 If you’re thinking of starting a new veg plot, then you may be wondering what to use to suppress weeds, whether it’s underneath a path or on beds themselves. Back when I took over my veg garden, in 2015, I decided to use weed membrane topped with wood chip for the pathways, and to cover one particularly weedy patch which I have used for growing pumpkins and squashes.

Here are my observations from having used the weed membrane that you tend to find in garden centres.

I think if I were to start all over again from scratch I would approach the garden very differently. Rather than use weed membrane, I’d look at digging up the tougher roots (of brambles, docks etc) and then covering with a thick layer of cardboard which can then break down. On top of the cardboard I would probably still go with wood chip, as I’ve found it to be quite easy to manage.

If this were the case, the layer of wood chip would need to be really thick, and would need topping up each season. I know that some weeds would still come back through, but they would be easier to pull up and keep on top of, and in time the general levels of weed should be reduced. I think that this approach, together with using the no dig approach in any beds would work quite well and be far kinder to the soil and wildlife.