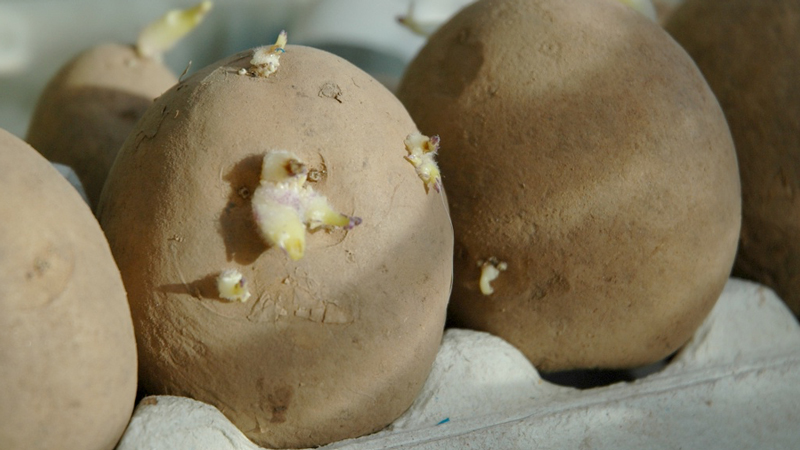 It’s a little early now, but soon we will be dispatching seed potatoes for you to start chitting at home before you plant them out.

Here’s how to chit them:

If you order your potatoes a little later in the season and they arrive in April/May, you don’t need to chit them. You can just pop them straight in the ground – the soil will be warmer by then so they will grow quite quickly and you will still get a good yield.